Salamander Energy will operate in accordance with the following principles:

The Group has a rigorous set of HSE standards, procedures and guidelines that are made available to all employees via the Group’s Intranet. It is made clear to all employees and contractors that they are expected to adhere to these standards when engaging in any business related activity on behalf of the company. The Executive Directors reinforce this message during management visits that are conducted at least annually and their findings are reported back to the Board of Directors.

The number of man hours operated fell in 2012, reflecting the concentration of operations in three core areas. Following a review in the second half of 2011, there was a marked improvement in HSE performance during the first half of 2012 with no lost time injuries recorded. Unfortunately when drilling commenced onshore Indonesia in the second half of 2012 there were three LTI’s. The Group has completed an investigation into each incident and management has reiterated its commitment to Health and Safety and the importance of adhering to policy to all employees and contractors involved with the project.

The construction of the Bualuang Bravo Platform was completed following 1.3 million man hours of work and achieved zero LTI’s, the achievement of which all employees and contractors involved with the project can rightly be very proud.

Following the commitment made in 2011 to improve the HSE culture within the organisation, the number of management visits and presentations at operational sites increased in 2012. 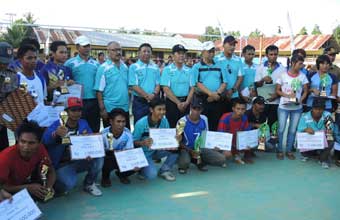 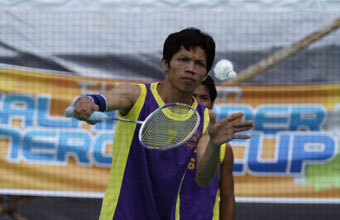